Callum Donnelly and the rockstar team at Waylay IO have a knack for making event marketing look simple.

The marketing ace cut his teeth on large-scale events with his first ever event pulling in over 1,700 attendees. Now managing Business Development, Events and Startups at Waylay, a Belgium-based low-code automation scale-up, he and his team set to work mastering a whole new art form: virtual events.

We caught up with Callum to find out how the right virtual event platform helped him and his team facilitate community-led conversations and position Waylay’s newest division, Waylay IO, as a major thought leader in the industry.

The backstory: “I got into events completely by accident”

After college, Callum landed a job at a super cool coworking startup in his hometown of Cork, Ireland.

Aiming to rebrand the town as a place for creative collaboration, it wasn’t long before he and the team realized they needed to do something big to make a name for themselves.

And sure enough, events were the answer.

“We put on a huge event with 1,700 attendees, sponsors from large multinationals and 50 speakers. In the second year, we doubled the number of speakers. And that’s when I knew I was hooked on events.”

For Callum, bringing people together provides the ultimate adrenaline rush.

“Sign one good speaker and more and more people want to be there for fear of missing out. You get hooked on the adrenaline rush of bringing together organizers and speakers that are passionate about what you're trying to achieve.”

Now the team at Waylay IO is leveraging their event successes to drive brand awareness and thought leadership through virtual events.

Let’s take a sneak peek at Waylay IO’s most recent event, Unicon, to see how they tapped into the power of virtual events to skyrocket brand awareness.

The goal for Callum and the team was to set Waylay’s newest division, Waylay IO, apart from competitors by “becoming a thought leader in the industry, setting the tone and writing the agenda”.

But the challenge didn’t stop there.

Becoming a thought leader when you're new to the game is no easy task and the events marketing team knew that to raise brand awareness, they’d need help from the community.

“If you think you have all the answers internally, you won’t get to know your customers. Without a way to bring people together to discuss differing perspectives, you'll develop a product you think is fantastic, without any community feedback.”

In need of something epic to encourage those valuable community-led conversations, Callum looked for a pandemic-proof answer. And he knew exactly which strategy would help him ace his first mission: event marketing.

“We needed to showcase the new division. But we also had so many questions that we wanted community feedback on. That was a really important part of why we decided to put on an online event.”

To reach thought leader status and raise brand awareness, Callum and the team needed to throw a mega community event. Amidst a pandemic. In under four months.

And they weren’t about to let the event fall victim to the dreaded Zoom-fatigue plaguing the globe.

“Waylay had never organized an online event before and we wanted to make it really special. We knew online event fatigue was setting in and I was not happy with just using Zoom — it wouldn't bring the physical event we wanted to an online audience.”

The team at Waylay set about finding a platform that would blow Zoom out of the water. But Callum didn’t realize just how many virtual event platforms he’d have to wade through.

"We went scouting to see what platforms were out there and, to my amazement, there were so many — for certain verticals, objectives, sales, marketing, brand awareness, gamification.”

For him and his team, finding the right provider was worth the time investment.

“It took around a month of scouting, because you have to jump on calls and see demos. And we went through so many. Some were fantastic, but some were very poor and over-priced.”

But despite the variety, Callum kept circling back to one recommendation: Goldcast.

The solution: A feature-fuelled virtual event platform with a customer-centric approach

Sometimes, the first suggestion really is the best one. At least, that was the case for Callum and the events team at Waylay IO.

"Goldcast was actually an early suggestion from one of our employees who’d attended an event they hosted.”

And straight off the bat, they were hooked.

“I had never heard of Goldcast, but when I jumped on the website it was pretty much instantaneous — I knew we were onto something good that fitted what we wanted."

What was it they wanted exactly? Well, three things were top of the Waylay team’s platform wishlist:

For the event marketing team at Waylay, community involvement was key to driving brand awareness.

“We wanted to get people involved, join the debate, disagree and spur a bit of controversy. If everyone’s on the same page, the audience will get bored. And audience interaction at online events is so important, otherwise it's just a Zoom call.”

“People were interacting across the board. It was very useful to be able to reach out, chat and set things up with people directly. It was also great to have the booths to stage demos and have people drop in and listen."

And Callum is already eyeing up more features to use at future events.

“The ability to allow attendees to come on stage and contribute is a unique feature that other providers couldn't offer. It’s really important that if you spot someone in the audience you know will have a lot to say, you can give them the power to contribute.”

According to Callum and the team, it’s these features that make the platform “reminiscent of a real event, where you have people walking around with microphones for Q&As and stand-ups”.

But choosing the right solution went way beyond the cool features and slick UX.

Their decision to work with Goldast over another provider ultimately came down to the people.

“The platform grabs you, but the people behind the product make the biggest difference.”

Callum found a synchronicity right away with the Goldcast team.

“Goldcast’s demo was a brilliant experience. They were so on top of things, so passionate about customer’s differing needs and so flexible in making sure we delivered our event effectively. Just being able to jump on a call at a moment’s notice was such an important thing.”

“A lot of platforms offer single event fees, but that's a lot of money for just one event. We wanted an annualized plan, so if our events went well we could keep going. With Goldcast we had that flexibility and the pricing was competitive.”

Better still, Goldcast proved to be a solution that keeps on giving.

“Goldcast’s platform is robust and flexible enough for lots of event types. We’ve already hosted webinars and are looking to run a Hackathon. We could even use Goldcast for internal town hall meetings.”

And the results? Well, they speak for themselves.

For Callum, the time spent finding the best platform around was 100% worth it.

Here’s how Goldcast helped him and the team smash their event goals and increase Waylay IO’s brand awareness.

“Brand awareness involves attracting new customers. We’d have been happy with 100 motivated attendees, but the registrations came flowing in and we well exceeded that. We were absolutely delighted with attendance — it was brilliant.”

And Unicon was the ultimate way for the team to generate warm MQLs for sales.

“As well as raising brand awareness, at the end of the day we wanted to convert attendees. By giving them that first interaction with the brand and providing a free and informative event, you're already warming people up to create qualified leads.”

So when the event marketing team handed these leads over to sales, attendance rates became more than just a self-serving number — they linked directly to trackable revenue.

Callum utilized the platform to go the extra mile and dive deep into the data provided.

“With Goldcast event data you know which sessions they attended and which topics they’re interested in, allowing you to craft meaningful first interactions. Your success rate at getting through to attendees then increases because you understand them.”

To bolster his event success, Callum and his team ran a super sharp follow-up strategy:

The way he sees it, “If you don't follow up, you're just going to be forgotten about” — and that isn’t an option at Waylay.

Goldcast also made it simple for Callum and his team to integrate content-sharing into their impressive follow-up strategy.

“You can download and export sessions very fast. Straight after the event we put together a content library for attendees and let them know how to get in contact.”

With the help of Goldcast, Callum and his team were able to use Unicon’s content in other workstreams too.

“We used the content in our blogs, where we basically ran through the event.”

They even used the event content to generate further leads from those who couldn’t make it on the day.

“The content you generate can be used to build an audience when it’s over. Those who couldn't attend have taken the time to review the resources and actually reach out to say they really enjoyed the talks and want to set up a meeting.”

For Callum and the team at Waylay, Goldcast is fast becoming an integral part of their business.

“Because the platform is so versatile, there's a whole scope for internal communications too, when people are remote working around the world and need that connection back into the company.”

Despite it being their first virtual event, the event marketing team succeeded in their shared mission to make Waylay IO an industry thought leader and raise awareness of this awesome new division. And it’s a win that Callum readily shares with Goldcast.

“We just see it as a brilliant, brilliant tool for running high quality events.” 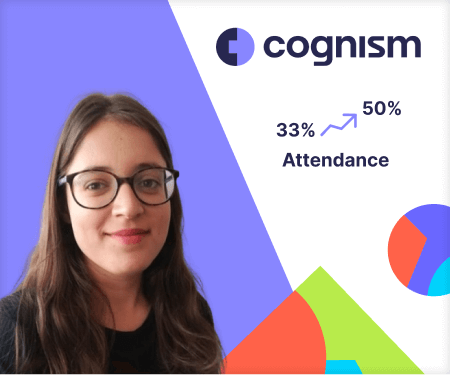 From 33% to 50% Attendance: Scaling Webinar Success with Cognism 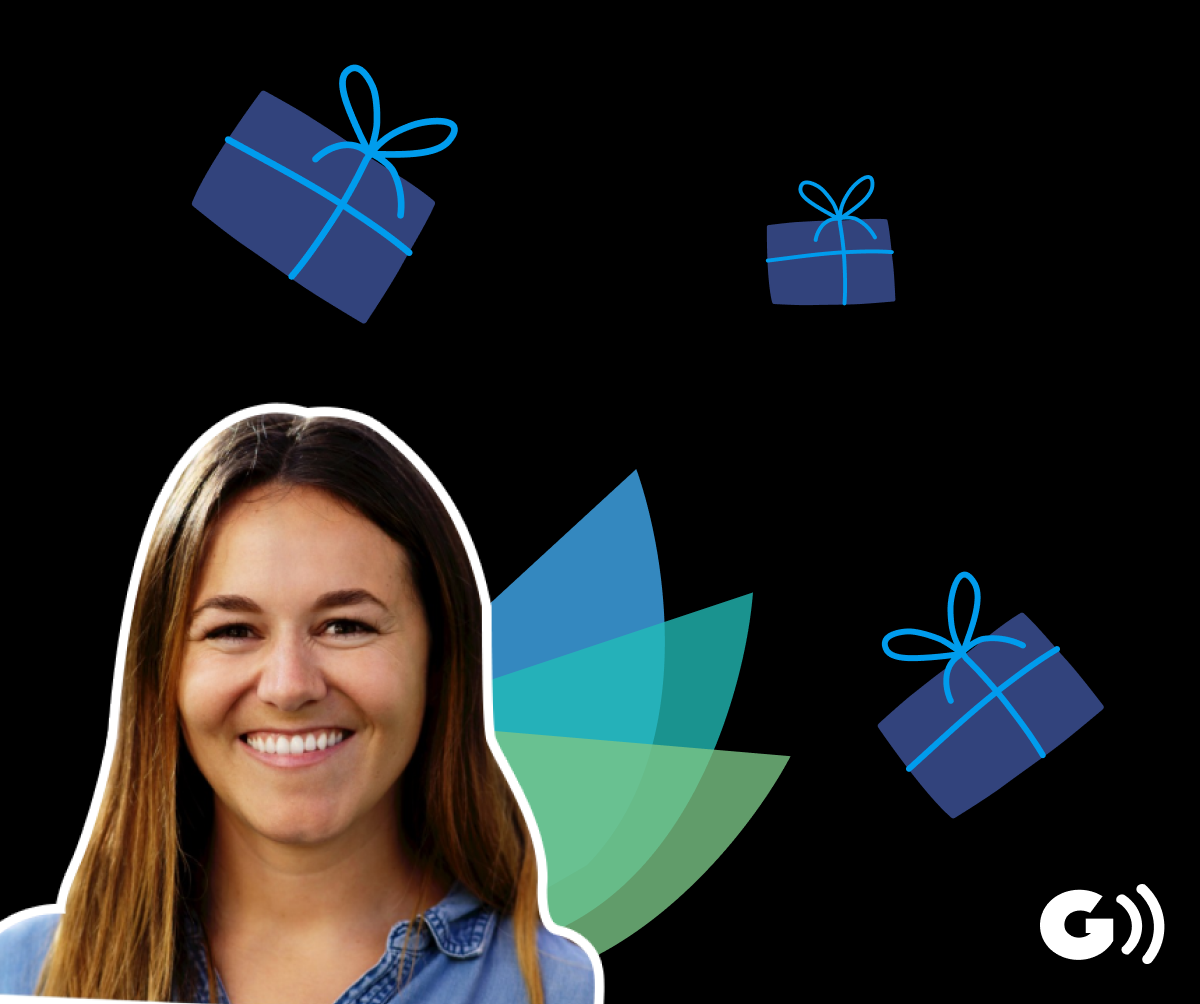 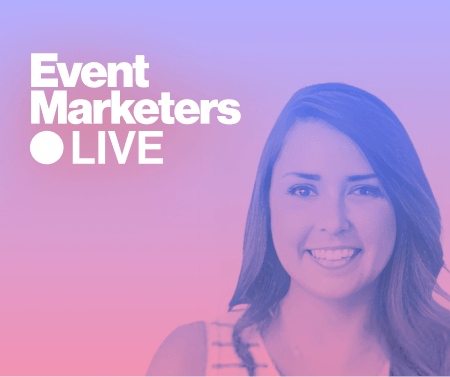 Event Marketers are Built to Put Out Fires: Meet Whitney Klepadlo from Robin