There’s a reason Adrian Cohn is a worldwide authority on brand and communications strategy.

The formidable marketing pro earned his stripes working for nonprofits, boutique marketing firms, and now Smartling — the #1 rated B2B language translation company charged with translating the world’s digital content — and he learned a whole heckuva lot about marketing along the way.

As Smartling’s Head of Marketing, it’s down to Adrian to lead his unstoppable team in the race to engage audiences, bolster brand awareness, and create an unforgettable experience for customers and prospects.

“Life is powered by words, and at Smartling, we take all of those words and we provide an AI-based and human-based translation service so that our customers can connect with people anywhere in the world today,” says Adrian.

It’s a worthy mission, but not an easy one. To hit their global growth goals, Adrian and his team knew they needed to focus on quality events their audience wouldn’t miss.

Ready to find out how they did it?

We caught up with Adrian to get the inside scoop on how he and his team take inspiration from megabrands like Netflix to create meaningful content, and use data to create better event experiences and post-event results.

The backstory: An unstoppable team with a killer instinct for great content

With the mission of translating the world’s digital content, the road to success in what was largely a field marketing-oriented industry presented a challenge for Smartling when it wasn’t possible to travel — but not one their super powerful marketing team couldn’t handle.

Together, the team have helped build a roll call of some of today’s most well-known brands in their client list.

“We translate content for SurveyMonkey, for Wix, for DoorDash — global enterprises that can’t afford to have mistakes in their content,” explains Adrian.

“We believe the best way to engage users is by creating great content. It all starts with content,” says Adrian.

But when Covid derailed their in-person events program, Adrian knew he’d need to think outside the box to come up with new and creative ways to connect with Smartling’s fans and customers.

The challenge: Attract over 1,000 registrations in the middle of a pandemic

For Adrian and the team, one of the most impactful ways to enable the customer base and engage the industry is by developing stellar content disseminated through awe-inspiring B2B events.

“Global Ready Conferences started as a user conference in 2016, and we scaled it into more of an industry conference. But with Covid, we had to cancel our ambitious plans of having four worldwide events in 2020. We decided not to do a big event last year to focus on smaller, more intimate experiences,” explains Adrian.

With the turn of the new year, Adrian knew it was time to refocus their energies into taking Global Ready Conference online and making it more accessible and engaging than in-person events.

Adrian and his team put their heads together to come up with the perfect angle for their new virtual event. And it was no surprise that the first instinct of the quality-obsessed team was to focus on sharing great content with an unbeatable user interface (UI).

“To hit our goal of creating great content, one of the objectives was to make it feel like a Netflix stream, because everyone watches Netflix and nobody seems to be getting fatigued. Their UI is great, and the content is thrilling. It always works and the user experience is flawless,” explains Adrian.

And it wasn’t just Netflix that fed the team’s creativity.

“I grew up watching Steve Jobs present keynotes at Apple, so I’ve always been interested in product marketing and the art of the show. And that was a big inspiration for how to create engaging content,” says Adrian. “We didn’t just want to give people a high-quality event - the goal was for them to watch the event and say, ‘Holy smokes, this is what Smartling is capable of doing. My perception of the brand has increased, and by extension, confidence in their software and services has also increased.’”

Adrian knew it was going to take a powerful virtual event platform to help build an Apple-quality event that streams like Netflix, now he just had to find it.

The solution: A ‘can’t resist’ viral event platform that checks all the right boxes

“I was introduced to Goldcast through a friend of mine who’s a venture capitalist. There was a lot of buzz about the platform and they really just planted a seed in my ear,” says Adrian.

Despite the buzz around Goldcast, for Adrian it wasn’t love at first sight.

“When I originally saw the platform back in October, I said, ‘I love your grit, but I can't buy this - it just doesn’t tick all the boxes we need it to yet’. A few months later, Goldcast emailed me again and I said, ‘I'll take another look but I'm going to tell you now, I'm 90% certain that I'm going to sign a contract with your competitor this week. I'll take the meeting, but I want to manage your expectations’,” he says.

But believe it or not, it didn’t take long before Adrian was converted. By the end of the meeting he’d officially joined the leagues of Goldcast fans. 😍

“Straight away, I was really impressed with how much progress they had made since our first introduction, and believed choosing Goldcast was a worthwhile opportunity to do great work while also supporting this company’s own growth,” says Adrian. It was an investment as an early adopter.

Adrian and the team knew they had to focus on creating an Apple-quality experience from day one. And for them, that meant three things:

“There is no downtime at an Apple event. We needed our virtual event to have the same experience — because that's what people want, and if we got it wrong, it would reflect negatively on our brand,” explains Adrian, “There's a lot of risk in events, and we wanted to reduce our risk as much as possible.””

To deliver that exceptional quality, the team leveraged Goldcast’s unique simulive features. Here’s how it worked:

“One of Goldcast’s key attributes that helps minimize risk is the ability to simulive content. Basically, you can pre-record the entire show, load it into the platform, and then at the time slot when the session is set to begin, it automatically plays the content. We had a few live sessions at the very beginning and at the very end, but everything in between was pre-recorded,” he says.

To make sure the timing flowed perfectly, the Smartling team came up with the genius idea to fill in that extra would-be downtime with super compelling ads.

“If we found out the recording was going to be 24 minutes, we would make the session 30 minutes by adding short videos on the front and back end that promoted Smartling, our people, or our partners so there was an entertainment factor and no down time. No one has to wait for the next session to begin - it just happened,” says Adrian.

As well as lowering risk with pre-recorded content, the Smartling team used the Goldcast platform to fully customize the event with their branding.

“One of the first things we did was get all the specs so we could white label and properly brand the platform so it would look like a Smartling event. It didn't have a Goldcast logo (sorry!), so it looked like we Smartling powered the event,” says Adrian.

And Adrian had one more trick up his sleeve: to make the pre-recorded sessions available on-demand immediately following the live-stream.

“Our back up plan was to make the pre-recorded sessions ready to go on-demand, before the event actually started. If the event stream had a problem, we had all the content ready to go and would have re-directed people to the on-demand experience. Thankfully we had no issues, so before the event ended, we told people, ‘Guess what? Here's where you can get all the content, and stream it whenever you want,’” says Adrian.

Once Adrian and the team knew how their event would run, it was time to drill down on the content — and for them, the most important thing was to make it as engaging as possible.

Here’s what they did to build an event content hub worthy of 112 minutes per user:

“People were chatting the entire time. With Goldcast, I was able to click in and see what people were saying in that particular session. People could message one-on-one. We had some polls. And then you could also download video and other content,” explains Adrian.

For Smartling, data has a huge impact on what comes next.

Adrian and his team used Goldcast’s unique data features to find out how the 1,462 registrations behaved, plus a post-event survey, to find out exactly what attendees really thought of the event.

Here are the KPIs Adrian tracked via Goldcast:

“With Goldcast’s data, we automatically know which sessions performed well and which didn't,” says Adrian.

They then used these post-event insights to make decisions for future events.

“For example, in our first live event of the day we had 181 people log-in during the first minute, 207 in two minutes, and 292 people in seven minutes. So, in the future, I won’t start the event until 10 minutes in. Instead I’ll have 10 minutes of ads and then start the presentation. Because you can see from the data that people stay and new people continued to join throughout the day” explains Adrian.

But it wasn’t just the in-event data that helped Adrian understand the event’s impact. The team also sent out a post-event survey.

“The post event survey is an extremely important tool. I did a lot of research with my team as we prepared to send the survey out. First, we added a Net Promoter Score question, which is the most widely recognized, easiest question to ask, easiest question to answer. Then, we asked questions like:

And the outcome was pretty rosey.

“Our Net Promoter score is 41, which is world-class. Companies like Apple and other best-in-class brands have an NPS of around 80. So, for us to have an NPS 41, even at this early stage, is extraordinary,” says Adrian. “Not only that, but the majority of respondents said the event somewhat improved or significantly improved their perspective of Smartling. 55% of people said they were extremely likely to attend another Global Ready event in the future. 95% of attendees said it was easy to log in to the Goldcast platform.”

Virtual events that keep attendees engaged until the very end

Adrian and the Smartling team knew Goldcast was the platform for them — and the two came together to make virtual event magic.

“Any marketing team has to constantly adapt to what's happening in the world. It was a pivot, but my team was just responsive and proactively searching for opportunities to engage our customer base — and with Goldcast, we were able to do that,” says Adrian.

From the low-risk simulive features, to the customizable branding options, Goldcast made it possible for Smartling’s attendees to spend as much time at Global Ready Conference as they would watching a feature-length film on Netflix. 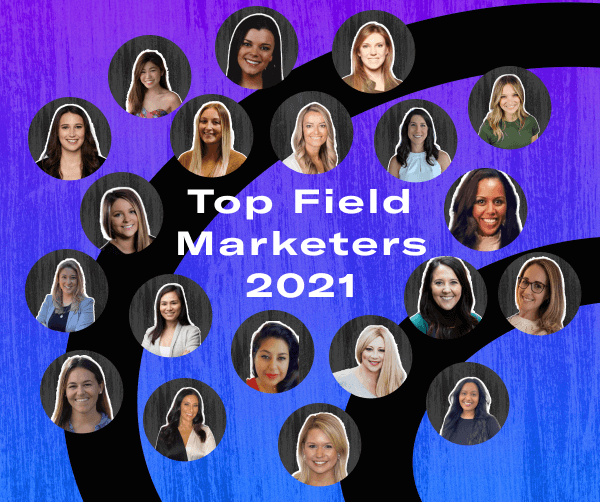 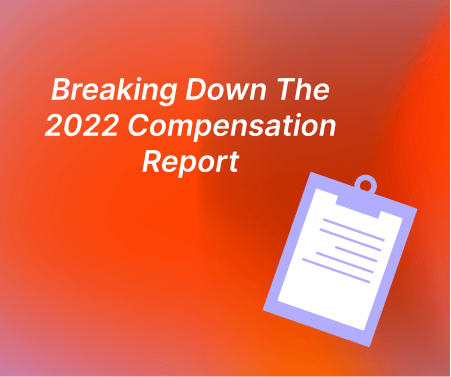 What’s an Event Marketing Salary? Breaking Down The 2022 Compensation Report 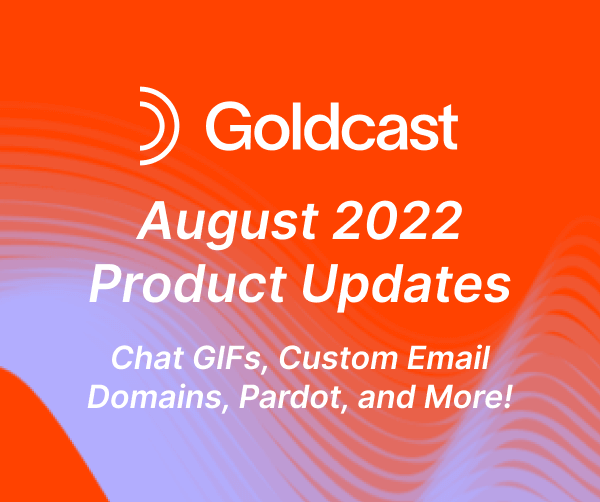