It’s that time of year. The ghouls are gathering, the witches are waking, and the pumpkin spice lattes are delivering some major dividends for Starbucks investors.

But as a modern event marketer, even the spookiest haunted house can’t compare to the real-life horror stories that crop up on the daily. From lost swag to flooded venues, we’re delving into 10 terrifying tales of events gone wrong straight from the brave souls in the eye of the event marketing storm.

These painfully relatable stories will have you laughing, cringing, and shuddering behind your screen. So lock the doors and dim the lights — you’re in for some serious g(host) stories!

As an event marketer, you’re a master of all trades. You cover everything from prepping speakers and curating the perfect swag bag to analyzing engagement data and driving pipeline.

But as senior events manager Karli Williamson found out, there’s always more to learn when it comes to events. And in this case, it turns out a plumbing apprenticeship would have come in handy. 💦

Early in her career, Karli worked in banqueting for a leading Nashville hotel. After arriving at 5 am (a horror story in and of itself 😵‍💫), she walked into the lobby to find half of the 14-story building entirely flooded from top to bottom.

Believe it or not, a guest had somehow fallen through the 14th floor and grabbed hold of the main waterline on their way down. (Can’t make this stuff up!)

With many a celeb staying at the hotel for the Country Music Association Festival (CMA Fest), Karli admits “it was a pretty rough way to start the day.”

But as event marketer superheroes often do, she pulled up her socks, put up her umbrella, and got to work mopping up the chaos.

“Anything that’s happened since, I’ve applied my philosophy of ‘things are going to happen and that’s exactly why I’m here’ — because every problem is solvable. I walked around with coffee, gave people food, tried to lighten the mood, and played some music.”

When speaking at an event, content marketing expert Christine Brownstein learned the hard way that file naming conventions are there for a reason:

“While presenting our company's newly launched product, I accidentally clicked a different PowerPoint named ‘Final Presentation’, which turned out to be my college thesis. I quickly switched it to the correct file name, but this taught me to actually name my files appropriately next time.”

A lesson for us all folks.

Location, location, location — it’s a big deal in a lot of circles. For communications expert John Forberger, it’s mission critical when it comes to planning your event sponsorships.

“Upon arrival at a large industry trade show we were sponsoring, we noticed our ‘lounge’ was in a terrible spot and the company logo was printed on 8.5 x 11 inch paper inside a corny ice luge — not carved.”

Fortunately, John and his team switched things up and learned a valuable lesson along the way.

“We ditched plans to bring people to our area and instead went to the partiers. B2B marketers are now realizing that capturing content at industry events to distribute online is why they're there, not to bark at people disinterested in their products from trade show booths.” #preach 🙌🏼

With the goal of encouraging attendees to relax and have fun, field marketing expert Whitney Klepadlo had planned an arcade-style setup with a branded token system to drive prospects to their chill zone during the annual RecFest event.

But the night before the festival, Whitney discovered all of her essential event swag — including the tokens — was stuck in customs. In her own words, not having them there “would have broken down the entire event.” Yikes!

Thinking on her feet, Whitney was able to pull off a Mission Impossible-style plan to save the day:

“I had to work with our printer to overnight everything on a helicopter and to this day I don’t know how we figured things out. I’m getting notifications from air traffic control as to whether our tokens and fans are going to make it on time. Honestly, I tell people this story and they don’t believe me. But we did it, we figured it out — it was a nightmare and I was stressing the whole time. But, we did it.”

Events are a great opportunity to inspire debate, receive feedback, and get your community networking. But let it go too far and you may find yourself in the firing line of some pretty awkward conversations.

For Augustin, a simple presentation became confrontational when “everyone started discussing their issues and problems with their products or services — it turned into a very hostile environment.”

Fortunately, the event team did leave with some important learnings. Namely, that it’s vital to screen your attendees before the event to ensure they’re there for the right reasons (i.e., to learn and not just grumble).

Every ace event marketer can turn on a dime when things need switching up. But when it comes to your event agenda, that’s one area you definitely want to lock in early.

“I was hosting an event for my company, and everything was going smoothly. But to my shock, attendees were completely unaware of our agenda updates — the email was still in my drafts. As soon as I realized, I asked the host to repeat the new agenda. But I definitely learned to always use event hosting software. That way you can control everything with a few taps and send push notifications if there’s an update.”

You’ll know for next time, Scott!

Fighting fires is event marketing 101. But according to Slack’s Director of Global Strategic Events Jen DeLong, it’s only when you’re fighting the heat on multiple fronts with a single garden hose, that you really appreciate the value of a team.

When recalling her worst event horror story, Jen summed it up like this:

“It’s live events, something’s going to happen. You plan as well as you can to give yourself the time and space to deal with it.”

And although this event pro thought she had seen it all, the Tableau 2016 conference was well beyond anything she could have imagined, featuring an array of urgent fires to put out including:

Anyone else hot under the collar just reading all that?

But Jen isn’t phased. “You just deal with it,” she says.

“We had a really great leadership team and if you can’t be flexible, you’re going to have a hard time in events. Our agency partners bent over backwards to work with us on all of this and I can never emphasize enough how important having those relationships is when it comes to horror stories.”

In the world of digital events, you really are only as good as your event platform. Pick the wrong partner and according to experts like John Ross, you could be in for some challenging times ahead.

“We hosted a webinar and in the lead up to it we designed an agenda built largely around polls. However when the webinar actually started, we quickly realized the service we were using didn’t have a polling feature!”

“It was absurd, and super embarrassing. We did pivot to looking at comments, but it definitely put a major damper on our agenda and script. Since then I’ve learned to ensure your webinar service has all of the features you truly need, rather than just signing up blindly with a name brand service.”

You knew it was coming. You can’t live in a digital event era without a nod to the time-old wi-fi fails that have plagued so many live events.

For CEO of Home Grounds, Alex Mastin, woeful wifi was a real vibe-killer.

“We were relying on the wifi not only to present our slides but to interact with our audience on planned quizzes, reports, and activities. The hotel assured us that the wifi was good — did I or the team check it beforehand? No. Should we have? Yes! It made us look like an unprepared outfit — asking everyone to use their 4G data was as bad as it sounds. At our next event we ran wifi speed tests the day before and purchased 10 backup dongles loaded with data.”

Let this be an eerie reminder to always test the wifi!

When the unexpected happens, it’s the event marketers of the world who step up to lend a hand. Although a can-do attitude is always needed to get the job done, sometimes it backfires in ways you could never predict.

As a firm believer in ‘the show must go on’, Ashley Keating’s two-part horror story starts bad and ends worse:

“We had a 3,000 person event and our DJ, who was supposed to announce the awards, backed out at the last minute. I just went to the bar, chugged some champagne and said, ‘I’ll do it’. I am not great at public speaking but you have to think on your feet. At that same event, the event staff were so bogged down that my colleagues and I stepped in to help. I was carrying around a tray of red wine, passing it out, when I tripped and spilled the tray on a lady with a white fur coat.”

It’s the kind of heart-in-mouth scenario that could only be elicited by the fated combination of red wine and expensive white clothing.

Luckily for Ashley, both her victim and her manager were able to see past the mishap, “I froze in the moment and my manager was perfect and took over. We took care of the lady, who was a customer, and I’m happy to say she did renew.” Phew! 😮‍💨

Too prepared to be scared

In the wild world of events, sleepless nights are two-a-penny. With so many plates to spin, you’re bound to drop one from time to time.

Although you can’t prepare for every eventuality, with a powerful team of event ghostbusters on your side, the odds of making it through another event season are pretty spooktacular.😉 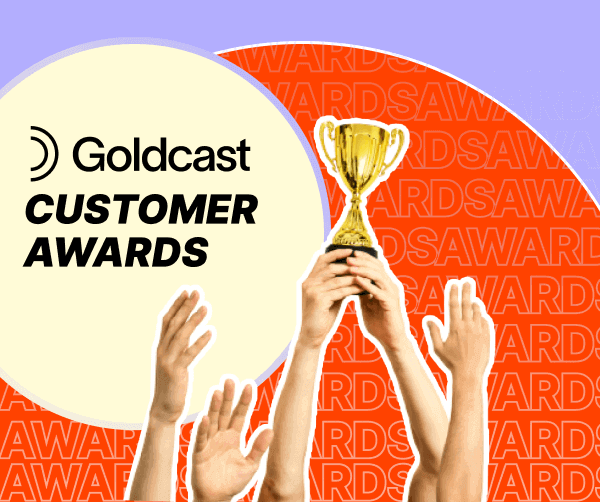 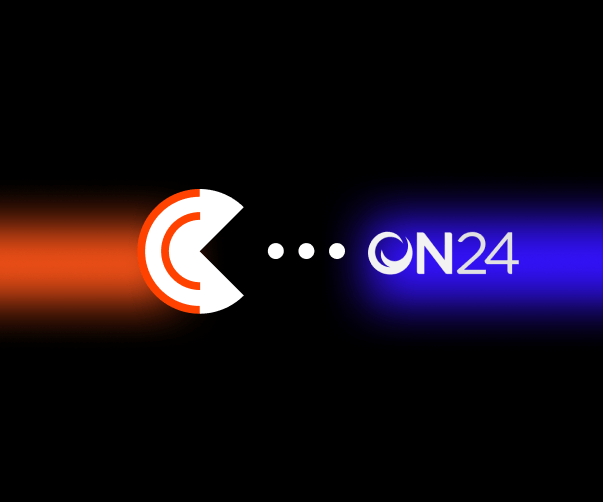 10 Things Goldcast Can Do That ON24 Can’t 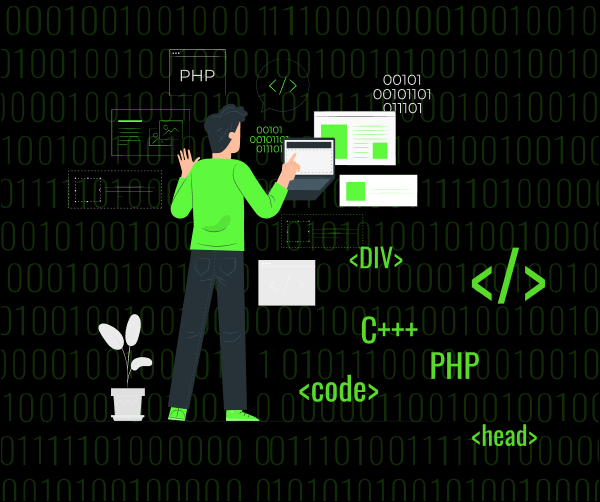