Keeping a Community Intact Through the Pandemic: Meet Jen DeLong from Slack

Welcome to Event Marketers Live, a fast-paced series where we shake off the jargon and get real with the humans behind the scenes of our favorite B2B events and experiences.

In this episode, Kelly chatted with Jen DeLong, Director of Global Strategic Events at Slack.

Known world-over as the top channel-based messaging platform, Slack has brought millions of teams and systems together and catapulted organizations’ growth along the way. A future-forward and unique layer of the business technology stack, Slack has completely transformed business communication in the past few years.

Jen spoke about her experience in leading events at Tableau for nearly half a decade (including at the beginning of the pandemic), what it has been like at Slack so far, and the Salesforce-acquired company’s future plans. Read on for a quick recap, and catch more insights on the full episode on-demand.

📹 Did you miss the live event? Catch the full interview on-demand!

When you first started at Tableau, what were events like? Can you tell us about the big user conference?

I was at Tableau for a little over five years. I started for the first nine months as a manager on the Tableau Conference program and then quickly moved into the lead role for the event. I eventually started managing our global version of the conference as well as a variety of other partner and corporate events.

For those that don't really know about the Tableau Conference, it is a user conference in the very definition of a user conference. In 2019, we had about 18,000 attendees, and I think we had over 300 unique sessions. It was a huge content catalog, and most of the content was inspired and created by employees and even customers. Around one hundred of those 300 sessions were customer-led. It was better in some ways because they're using the product and seeing it in real-life situations.

We did a few other things that were really unique to Tableau. One was something called “Tableau Doctor.” So, you could come in and get half-hour appointments. Later on, we added what we call the “Minute Clinics.” You could meet with a Tableau expert and bring any problem that you have, and they will sit there with you for that half hour to help you with it. We did thousands of these appointments over the span of the conference, and that was a really well-loved and appreciated program.

Another thing that we did was essentially developer areas. This came out of an idea from some of the developers at Tableau, who said, “We really want to get feedback on-site for beta, as well as get folks signed up to help test beta.” So, this started in 2016, and by 2019, we were able to have this whole area and signage about all the different features that we'd had input on from customers or ideas that had come from the conference that had been implemented for a product.

Can you tell us more about how the Tableau Conference looked when you first joined and how it evolved?

A lot of the same elements were there from when I first started to when I ended, but we expanded on them. Speaking of the community and employees, a lot of the ideas and things we implemented came from them and came from asking for things that they like.

At Tableau, I just got so lucky because the customer is so passionate about the products. The marketing leaders and team who had been there building the conference before had built a place where the community was engaged, and they really harnessed the community and let them kind of help lead stuff.

The energy of the event and the understanding of our customers and what they needed was special and strong. There were a ton of in-person user groups as well, but the online community was very much user-led and peer-led.

I just love anything that's community-driven. I think it’s just so powerful when you have a community that can draw up your north star for you.

You left Tableau mid-pandemic. How had events changed before you left?

In 2019, we'd actually started planning for the next year and had all these great plans. But, as you know, kind of like everyone else in the events industry, we had everything come to a screeching halt.

We had to pivot really quickly to virtual, and at the same time, Salesforce had already technically acquired Tableau. So, we were becoming Salesforce employees and converting to Salesforce. And we were also trying to figure out how to put on a virtual event.

I think it was scary, but I really looked at it as an opportunity and thankfully, a lot of the people on the team and our management were willing to look at it that way too. It was an opportunity to take some risks, try some different things, and see what happens.

One of the really big things we focused on was the community, which had been so

invested in the product and in this event. So we were asking, “How do we keep them involved? How do we harness that energy?”

One advantage we had is that the Tableau conference had a pretty robust virtual livestream in the past. So we had some muscle. Out of the 300-session catalog, we got restricted to 15 sessions. We put a lot of it on-demand.

What was it like moving from running in-person events to running virtual events at Slack? Did the virtual experience deliver the same results in terms of pipeline and revenue driven from the event?

It actually did. Back then, a lot of our work was like, “We think we're going in the right direction, but cross our fingers that it works out.” And it did—we had 70,000 attendees, and almost 30% of that were prospects.

And then the on-demand content—because we were able to build out our own platform and put that content out there—it got reused in a lot of ways. This allowed that demand gen function post-event to kind of rev up. The sales team was on top of it, and so were the BDR and SDR teams.

We really saw a lot of great pipeline activity after that, which just goes to show that virtual events can be successful and drive impact.

What tips do you have for a company looking to hire an agency? What do you look for when you want to bring on external partners?

Well, first of all, I think it's really important for you to be really clear on what your needs are and what it is that you need out of an agency. A lot of the times, I've seen RFP processes start, and it's like, “Okay, we need to find somebody.” But what are you trying to do? And what do you specifically need for this?

You need to build your ask in a way to make sure that the agency gets your company, your brand, and your product. They don't have to know it deeply right away, but it’s important that they get it intrinsically. And then, get information upfront about who the agency’s account team is and meet that account team.

It's like dating. I mean, chemistry is a real thing. So assessing similar values, culture, and needs is the right way to select the right agency from my experience.

Thanks so much for joining us, Jen! That’s all for now, but we’ll see you soon for another episode of Event Marketers Live. 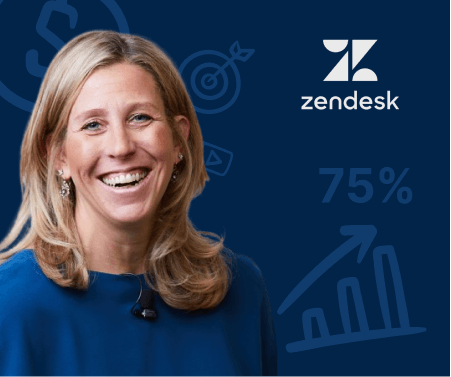 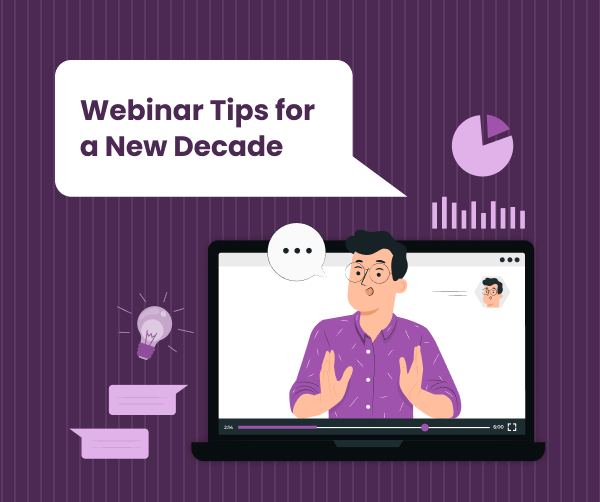 Webinar Tips for a New Decade: What to Stop, Keep, and Start Doing in 2022 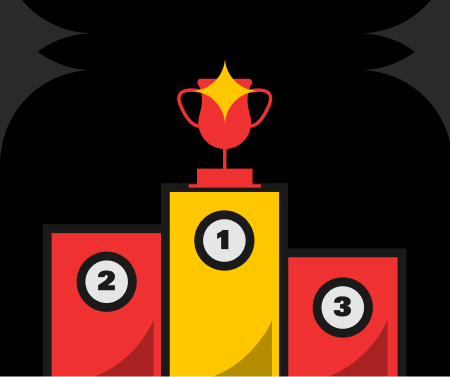